FANCY some rays of sunshine on these dark autumn nights?

Death In Paradise should be just what you need to forget about the chill in the air and that latest gas bill.

Written by Robert Thorogood and starting on BBC1 a week tomorrow – Tuesday October 25 – it’s a fish out of water drama filmed in the Caribbean.

I saw the first episode at a London cast and crew screening last month.

And then spoke to leading lady Sara Martins – still recovering from an extra drama on location – and executive producer Tony Jordan.

My first story on the show is below:

(Tue Oct 18: Blog updated with new pics after the expiry of the images embargo)

SARA Martins found trouble in paradise when she filmed a new TV drama.

The star of BBC1’s Death In Paradise was flown from the Caribbean to a London hospital after being injured on location.

“I was running after a suspect and ruptutred my Achilles tendon,” said action woman Sara, 34, who plays police detective Camille Bordey in the eight-part series.

“It was in the middle of shooting, so after that there were no more stunts for me,” added the Paris-based actress. who co-stars with Ben Miller.

Filming of Sara’s scenes in Guadeloupe was halted as surgeons operated on her back in Britain.

“You’re not supposed to work for three months after that but I did go back,” explained the French film star.

“We were in the middle of filming when it happened so I still had two-and-a-half months to shoot.

“I was in plaster with a big boot but they found a way to film me in close-ups so you don’t see it on screen.”

Viewers will see Sara diving from a boat in her bikini in the first episode of the feelgood, sunny show at 9pm on Tuesday October 25.

But still recovering from her injury, she has now been banned from doing her own stunts if the drama returns for a second series.

Executive producer Tony Jordan, whose credits include EastEnders, Hustle and Life On Mars, said there was real concern for his leading lady and the big budget production.

“I thought, ‘Oh my God,‘ because we were literally half way through. At one point people were telling me that she had to be on crutches for the last four episodes.

“And I’m thinking, ‘No, wait. Sexy, gorgeous French actress in a bikini, walking out of the sea on crutches? It’s not going to work.

“But it was fine. We worked round it and her leg gradually got better.

“You can’t shoot eight hours of drama on the other side of the world and not have any problems. No-one died.”

He added: “What was really funny was that she called them ‘crunchies‘ instead of crutches.

“Sara couldn’t walk but we couldn’t have our sexy lead on screen with crunchies.”

Set on the paradise island of Saint-Marie, the drama features Armstrong and Miller Show star Ben as Detective Inspector Richard Poole, sent from London to investigate a murder.

A fish out of water in the tropical heat, he finds himself forced into a crime-fighting partnership with Camille.

Ben Miller has already revealed than an ambulance had to be called to the set after he collapsed from heatstroke.

He told the October edition of Reader’s Digest:

“The problem is the humidity. When I sweat, it can’t evaporate and my temperature just climbs, little by little, to the point where I suffer heatstroke.

“I ended up in the back of an ambulance earlier in the shoot. I didn’t know who I was, where I was, or what I was doing.

“Then I lost sensation in my hands and feet. I couldn’t remember the crew’s names or the dialogue I had to speak. I also suffered heat rage, mouthed off and insisted on being taken to a cool environment between scenes.

“Heatstroke makes you crazy, and you get a headache the next day. It’s like a night’s boozing, but with none of the benefits.” 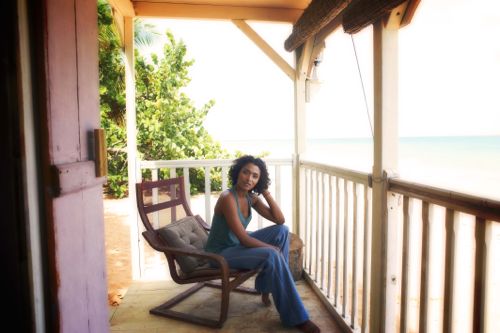 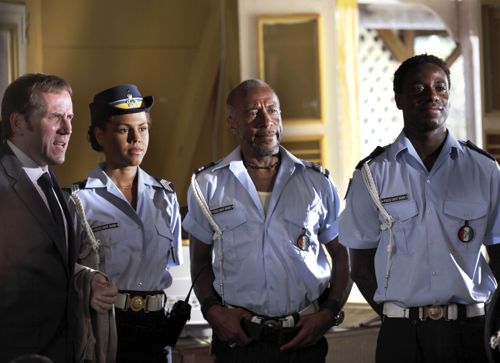 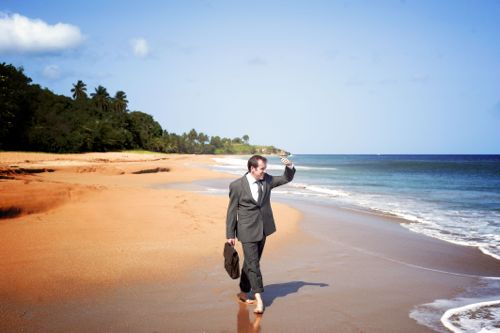