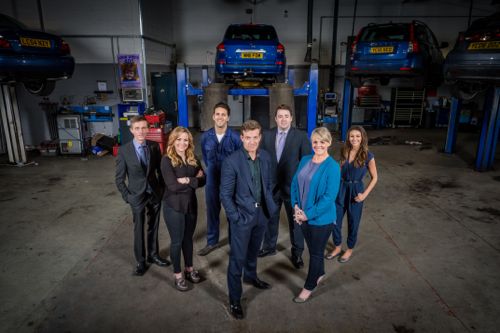 “THAT’S happening all round the country to 41-year-olds who look like me.

“But nobody gets to see that on the telly.”

Written by Danny Brocklehurst and made by Red Productions.

One sentence alone that should have you tuning in to the opening episode at 9pm next Tuesday (March 17).

Ordinary Lies follows the drama convention first pioneered by Red in Clocking Off some 15 years ago – a series Danny also wrote for.

With the focus falling on one member of an ensemble cast of workplace characters each week, along with other serial stories stretching across the entire series.

In episode one it’s the turn of Jason Manford who plays struggling car salesman and family man Marty at car showroom and garage JS Motors.

Filmed at a real car showroom in Warrington.

The drama is about “how a simple lie can spiral out of control”.

And Marty’s is a pretty big one.

Told when on a final warning for being late and panicking about losing his job.

The series also features Michelle Keegan, in her first role since Tina was killed off in Coronation Street, Jo Joyner, Max Beesley and Mackenzie Crook.

The Mount Pleasant and Still Open All Hours actress plays Kathy, who is PA to company boss Mike (Max Beesley).

Speaking at a London press preview of the new series last month (February), Sally spoke about stripping off for those sex scenes.

“I enjoyed it in the end because I thought it was quite liberating for a 41-year-old mother-of-four.”

Sally joked about Kathy’s “multiple smut” on screen and admitted her character’s “pretty out there” behaviour gave her some anxious moments before filming the bed scenes.

“I just thought about them every night for about two months.”

But Sally maintained the scenes were important for women of her generation.

“It’s the real story of a woman’s sexuality. And I look real in it.

“You don’t just get to have kids and everything shuts down. That’s what really fascinated me about it. I think it’s a really important episode.

“So I really went for it. She wanted to be attracted and she wanted to have loads of sex, basically. Because it’s not happened for a bit.” 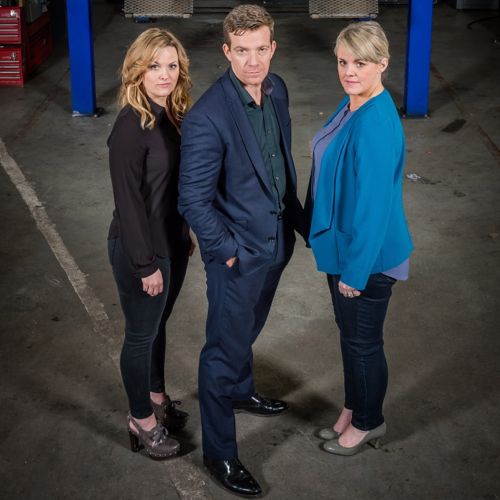 Explained Sally: “I auditioned on the first two episodes and then I got mine through in the post and I went, ‘I’ll have to dig deep here.’

“I walked out of the audition and thought, ‘If I don’t get that I’ll have to cry.’ And that’s before I’d even read my episode. And then I really did cry. When you see it you’ll understand.”

Kathy is the backbone of the business but her private life would be the talk of the showroom if her colleagues knew.

But as is always the way with TV and film production, Sally said there was nothing sexy about filming her character’s scenes of passion.

“You’re in a room with 10 crew. It’s all very functional and just about looking right.”

Sally also told us last month about having to play a dog lover in Ordinary Lies.

“The big secret is, I’m massively allergic to dogs. But I didn’t tell them in the audition because I wanted it that much. So I went on medication from August. That’s how much I wanted the gig.

“Then this bloody dog turns up and he was like a man in a dog outfit. And I literally thought they would unzip at lunchtime to have a fag. He was a Newfoundland dog. And it slobbered. And it stank the whole car out.

“But in the end, in my ep, it really was brilliant the way that she had this comfort of this massive dog – called ‘Titch’ obviously.”

Filming in one half of that real working car showroom in Warrington?

“The amount of times people would come in and give me post. The postie would give me post. Or they’d come up and say, ‘We’ve come to see the Fiat Uno.’ It was mad. Brilliant.” 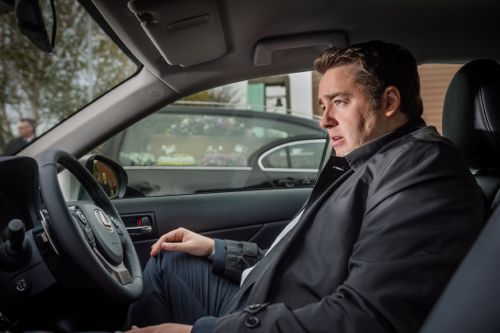 Although he studied acting during his degree at the University of Salford, Jason is best known as a comedian, with Ordinary Lies his most dramatic role to date.

“I thought it was great. It was so well conceived that you could see that every time he just did a tiny thing wrong, he just found himself backed into this corner. It was really well written.

“He can see a way of going, ‘I can blame the world. I can blame everything else going on.’”

Jason’s portrayal as Marty may surprise a few critics.

“A lot of that was down to John (McKay), the director. And also being surrounded by this brilliant cast of people. I just watched them and copied bits of them.

“People would come up and say, ‘Can you tell us about the Mazda?’ It was actually good having those salesmen knocking about. They were good guys.”

As ever, Michelle Keegan attracted media attention during filming.

“Me and Michelle had a bit of a lie on set. We had those paps knocking about. The Daily Mail, they love Michelle and they want to put her in the paper every day.

“So we just found moments to have a hug every so often when the fella was watching.

“And then somebody asked me in the street and I posted a thing on Facebook saying that Michelle was playing my wife. So for about a month and a half the Mail ran this thing, ‘I wonder how Mark Wright will be feeling?’ And we just carried it on.”

On this being her first role since Weatherfield:

“I got, obviously, a few scripts but this is was the one that I really wanted. I left the audition and I was like, ‘I’ve got to get that job.’ I fell in love with it.

“I can relate to her. She’s a normal girl, she’s in a job that just gets her by. It pays for the clothes and the make-up and that sort of thing. She just wants a better life and I think that’s what got her in trouble. Her storyline, her lie just snowballed out of control.”

As well as Warrington, Michelle filmed her storyline in the Dominican Republic – a holiday with work colleague Viv (Cherelle Skeet) that takes a very dark turn.

“You see at the beginning of the holiday. Everything is fine, she’s having a great trip with her mate, cocktails, everything like that. And then it turns really sinister towards the end.

“She’s a young girl. She lives at home with her mum and she just wants a great life. And that’s why she gets involved with a DJ.”

Jason Manford joked about Michelle’s working trip to the Caribbean: “We were all a bit bitter about that. Because we were in a Warrington in December.”

As did Sally Lindsay: “I was in a Trusthouse Forte on a ring road!”

Why is his character called Paracetemol Pete?

“He takes a lot of medication. Whether he genuinely needs it or whether he’s a hypochondriac, I don’t know. He’s got the weight of the world on his shoulders and the medication seems to help.

“You don’t have the individual plays on television. And so this is almost an ideal way to tell individual stories but have an over-arching narrative and get to know the characters you see coming in and out. So I get to be in a six-part series but I have a specific episode all to myself.”

Beth is still struggling to cope after the mysterious disappearance of her husband Dave (Shaun Dooley) a year ago.

“You’re living in this perpertual limbo where you can’t get on with your life. You don’t know if you can move forward.

“I came and auditioned with the first two episodes to read and just went, ‘I just want to be in it. It’s just brilliant.’” 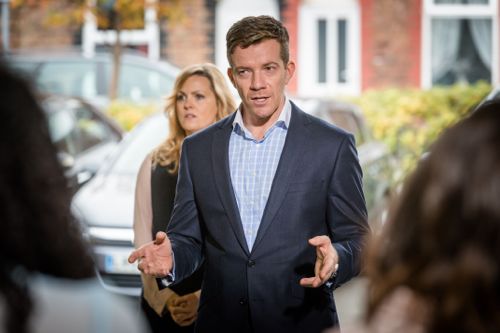 “In six episodes some are huge lies, some are quite small.

“Duplicity has always fascinated me. And if you look at everything I’ve written, be it Exile, Talk To Me, The Driver, there’s always an element of that in there. But this is just taken to the extreme.

“The more we discussed it, the more we felt that the workplace needed to have a personality.

“There’s something about a car showroom or car superstore, whatever you want to call it, that ticks a lot of boxes for us.

“It’s got a really brilliant hierarchy, it’s got lots of different characters, different classes. There’s also the sales front and behind the scenes. So there’s two different faces there.”

Ordinary Lies begins on BBC1 at 9pm on Tuesday March 17. 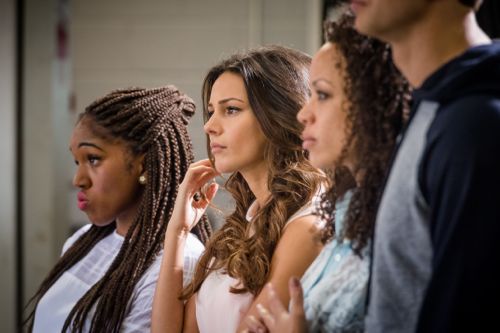