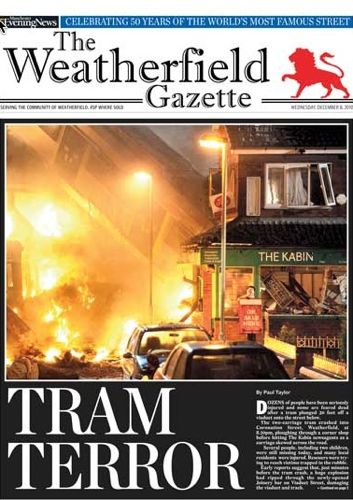 A special edition of The Weathefield Gazette – Coronation Street’s very own newspaper – was published yesterday.

The 32-page tram crash issue was printed in the Manchester Evening News, with the full support of ITV, to mark Corrie’s 50th anniversary today – Thursday Dec 9 2010.

And I was lucky enough to land a staff job…for one week only.

Tony Warren, the man who started it all in 1960, also gave up his time to speak to me.

I thought some online Coronation Street fans might like to read that interview with fully paid-up legend Tony below. 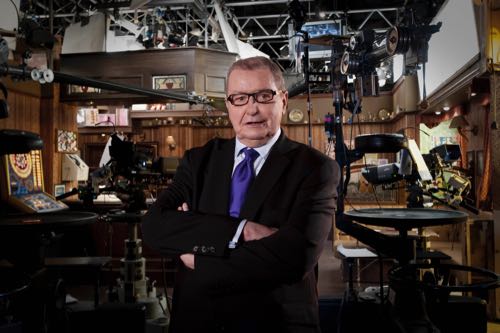 LATE at night, alone with his thoughts, Tony Warren sometimes takes a walk down the Weatherfield cobbles.

“Have you ever been back to somewhere you once lived? Well, it’s a bit like that emotion, except I still live there,” explains the creator of Coronation Street.

“The fictitious street is absolutely real in my head, with the people who lived there a long, long time ago. It’s full of memories. I can see Vi, Pat, Doris and Margot. But I think about them often anyway.”

But before we get too dewy-eyed with nostalgia, he adds: “I don’t live in the past, you know. I’m a great one for living in today with a view to tomorrow.”

Once a month Swinton-born Tony, 74, has lunch with Coronation Street producer Phil Collinson. “I’m a grey eminence,” he smiles.

“We go to restaurants where the tables are very far apart and put our heads very closely together. We take apart every house, every character. But Phil and I tend to think so much along the same lines that we end up howling with laughter anyway.

“My relationships with producers have varied enormously. But I’ve been very lucky in the last 10 years or so that they’ve all been people that I actually liked very much, people I could really get on with and who I could talk quite honestly and openly to. And they listened. I would see the results of our conversations on the screen. That’s the thrill for me.

“I don’t want to interfere. I only want to be sure it’s absolutely at its best. It’s a wonderful machine nowadays. If I do anything, I hope I keep it gleaming.”

Known as the father of Coronation Street, Tony created Britain’s first working class TV serial drama and brought it to the screen, live from Granada in Quay Street, on Dec 9 1960. “I’d been away from home for quite a few years being a boy actor all over the place,” he recalls.

“And when I came back to Manchester it was a changed Manchester. I’d had scripts in my hands since I was 12. First radio scripts, then television scripts. So I was used to television. But I wasn’t used to television with a Lancashire accent. And with exactly the same expertise it had once brought to the cotton trade, Manchester had adapted.”

Had things turned out differently, Coronation Street might well have ended up on the BBC.

In the late 1950s Tony wrote two early versions of what was to become the show we know today. One was called Where No Birds Sing. “There used not to be birds in Salford in those days,” Tony points out. The other was a broad comic version which he titled Our Street.

The BBC, mostly, failed to see the potential. Although one executive did write back to say he liked the idea a lot and was going to show it to his programme planning committee. “He said, ‘I will let you know their reactions.’ I’m still waiting to hear,” says Tony.

Fortunately Granada were eventually convinced to take a gamble on viewers being interested in life on a northern working class street dominated by strong women. “I’ve known since childhood what I wanted to do,” adds the man who developed an ear for dialogue as a child, listening under the table at his grandmother’s house.

Watch the end credits today and it says: “Created by Tony Warren.” He confides that it’s too big a thought for him to dwell on for long. For a while, he even wondered why everyone was making such a fuss about the half century.

“Then it suddenly dawned on me in the bath the other day that there’s never been an event like this in the history of British television, a show running for 50 years. Suddenly it hit home. We’ve not just got a past, we’ve got a future and we’ve got a place in the public’s affection. I got out of that bath reeling.” 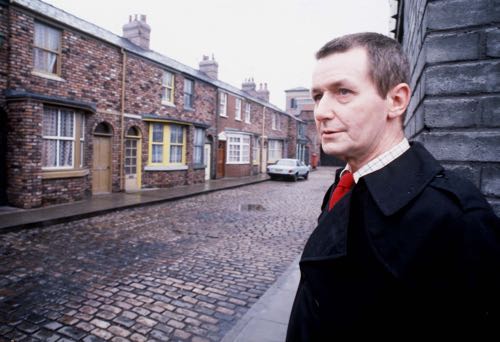 What did he think when the tram crash storyline was first suggested, with echoes of the 1967 viaduct collapse? “Oh, yes. Bring it on,” replies Tony, who was on set for crucial moments of filming. “We stayed outside up until quarter to two in the morning, waiting for something big to happen, when health and safety suddenly moved in and said, ‘You can’t watch it out here. Please put in ear plugs, put on smoke masks and go into that building over there.’ So we watched it on a monitor. It was a complete swizz.”

He adds: “Over the years I’ve been through every emotion on Earth. It is like having a large family. I’m a gay man and it’s the nearest thing I’ll ever have to children. People say to me, ‘Which is your favourite character?’ I can’t say that. You couldn’t possibly answer.

“I can spot an actor on screen in something else, from the other side of the room, turn round and say, ‘That’s a Coronation Street actor.’ People think you have to play absolute reality to come into the Street. And, strangely enough, they need to be quite stylish, because it’s a stylised reality.”

“Although he has access to advance DVDs of episodes, Tony still likes to watch Coronation Street live, as it goes out. “Just like any other viewer. Because there’s something quite different about watching it on air to just watching a pre-recording. It’s there, other people are watching, you know the phone’s likely to ring. You see where it stands in the scheme of things. Even the ads in the interval can change something.”

Tony recalls the Queen’s visit to Weatherfield in 1982, when he stood in line close by original Coronation Street designer Denis Parkin. Both men had toured the backstreets of Salford many years before to ensure the look of the first set was authentic.

“Denis built it first of all on canvas in the studio, with cobbles stencilled on the floor. Then he built it outside, with the cobbles going the wrong way because it was a bit of street that happened to be left over from the development before Granada was built.

“And then finally it was there, it was solid, it was in bricks and mortar. And here was the Queen of England coming round the corner. I suddenly thought of her, back of beyond in Regent Road, Salford, looking at front doors and bay windows.”

Visitors lucky enough to see behind the scenes at Coronation Street are usually surprised at how small the various interior sets are, including the Rovers Return. While the exterior set is, of course, simply a facade.

“I was waiting to be put through to a friend the other day and their secretary said, ‘Do you know, the Street is my other life. I go to it and I escape into it.’ That defined it for me better than anybody else has done.”