THE train from London to Stockport on a wet morning in September for a real television treat.

A day on location with new BBC2 drama Eric & Ernie, plus interviews with cast and production team.

Sitting in the stalls of the Stockport Plaza, we were transported back to 1939 as Ted Robbins, playing impresario and agent Jack Hylton, appeared through the curtains to introduce a young Ernie Wise (Harry MacEntire).

Watching several rows back from the stage is schoolboy Eric Morecambe (Jonah Lees) and his mum Sadie (Victoria Wood).

“I’m not doing it,” is Eric’s line as he’s called to audition on stage.

But he did. And millions are forever grateful that he did, later teaming up with Ernie to form one of the greatest comedy double acts of all time.

As is the way with filming, the unit base was a series of caravans and buses a few miles away in the car park of a DIY outlet.

Where supporting artistes straight from the 1930s queued patiently for lunch.

While actors Daniel Rigby and Bryan Dick – who play the grown-up Morecambe and Wise – rehearsed a dance routine in between the puddles.

Funnily enough, Eric & Ernie had brought us sunshine by the time we left the Plaza.

So two colleagues and I were able to interview Victoria, followed by Daniel and Bryan, outside in the sun by the side of the TV wagon train.

As you can see from my photo below, it looked a bit like the old Parkinson set.

I’ve since been able to watch the film (three times to date) and can report that it’s a real gem.

With brilliant performances from every single member of cast, including all the actors cast as Eric and Ernie.

Plus a scorching script by Pete Bowker, lovingly realised on screen by former Ashes To Ashes director Jonny Campbell.

That interview with Victoria is in tonight’s – Wed Dec 8 – Manchester Evening News – both here and below.

With much more to come from her and others at a later date ahead of the film’s screening on New Year’s Day.

RAIN lashes down outside the Stockport Plaza. Inside, two comedy legends who brought millions sunshine set eyes on each other for the first time.

Spotlights swirl around the theatre, doubling for the Manchester Palace, as child star Ernie Wise appears on stage, watched in the stalls by Eric Morecambe and his mum Sadie.

“Eric and Ernie were not born middle aged,” smiles actress, comedienne and writer Victoria Wood in a break from filming a new TV drama about the early years of Morecambe and Wise, starring Daniel Rigby and Bryan Dick as the grown up double act.

Bury-raised Victoria plays Sadie, who paved the way for her son’s career in showbusiness and spotted the potential for greatness if he teamed up with Ernie.

She had the idea for the drama around a decade ago. “I remember saying in my agent’s office, ‘Wouldn’t it be good to do when Eric met Ernie?‘ And nobody taking any notice of me at all,” she laughs. “I’ve always got this back catalogue of ideas and usually I catch up with them eventually. I just thought, ‘What a good story. Nobody’s ever told it.‘“

Victoria recruited acclaimed Hazel Grove screenwriter Peter Bowker to create what could well be another award-winning script. “I thought it was a real man’s story – a story of men’s friendship – and that it would be better written by a man.”

Eric was originally called Eric Bartholomew, later changing his surname to the place of his birth. Several scenes in the Manchester-based film were shot on location in Morecambe.

Ernie was already a child star when the two met for the first time in 1939, aged 13. “Eric thought Ernie was a big head. But they became friends very quickly when they stayed in the same digs in the war,” explains Victoria.

Although Eric died in 1984 and Ernie in 1999, they live on in repeats of their classic TV shows and fondly remembered Christmas specials watched by close to 30m viewers, with sign off songs like Bring Me Sunshine and Positive Thinking.

The BBC2 drama – Eric & Ernie – tells the story up to the aftermath of Running Wild, their first TV series in 1954. It was a huge flop and landed them back fourth on the bill at the Ardwick Hippodrome.

Eric kept one review in his wallet for decades afterwards to remind him of where the duo had come from. It suggested the definition of TV as “the box in which they buried Morecambe and Wise”. But they had the last laugh. 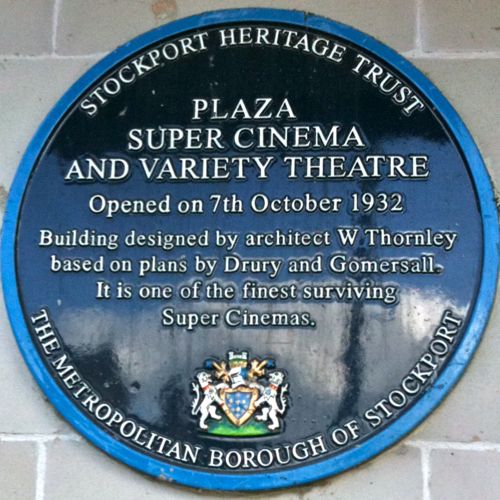 It’s a wonderful, life-affirming film with knowing references for fans of the duo, including the origins of some of their later classic screen sketches and relationships with other stars.

Jim – Vic Reeves – Moir plays Eric’s father George, the quiet man waiting at home while Sadie accompanied their son on the variety circuit. “Everyone thinks Jim is a bit like Eric Morecambe,” says Victoria. “But he’s playing a very straight part in this. There’s just a hint of whatever George had, he passed on to Eric in some measure.

“Sadie realised that Eric needed to express himself via entertainment. That being in an office or working for the council, like his dad did, was never going to suit him. So she had ambitions for him and was forward-thinking. It was totally borne out by what happened because that obviously was his ideal career. She saw it for him before he did.”

It was a tough life but one that allowed both young men to learn their craft and perfect their talents. “They were in showbusiness when live theatre wasn’t doing particularly well. They weren’t there in a golden age, they were touring in the war in these terrible tatty theatres that were freezing cold.

“Today people are expected to be good right at the start. Whereas they could go on and do five minutes in Hulme or somewhere and nobody would really bother if they were any good or not.”

Victoria recalls her own encounters with the pair. “I met Eric once in a lift at the Midland Hotel in Manchester. And I said, ‘Er, it’s Eric Morecambe,’ which is so annoying. I hate it when people do that to me. And he said, ‘Oh, you’re that girl from Morecambe.’ Which I wasn’t, but I knew what he meant. And I met Ernie once when I won a British Comedy Award and he presented it.”

Both Eric and Ernie’s families were consulted ahead of filming and Prestwich-born Victoria met their wives – Joan and Doreen – who are also represented in the drama. “Doreen has shown me all of Ernie’s scrapbooks, which are absolutely fantastic.”

Of course, younger viewers of today’s Ant and Dec generation won’t be as familiar with Morecambe and Wise as others. “People of a certain age know them a lot and have lots of memories of them,” says Victoria. “But we have kids stopping by when we’re filming who say, ‘What’s it about?’ And when we say, ‘Morecambe and Wise,’ they don’t know who you’re talking about.

“So I really wanted to make sure that it was a drama you could watch whether or not you’d heard of them. That you’d be engaged in the story of two boys setting off in showbusiness.

“They met when they were little boys and were friends until Eric died. They never fell out. They were very anxious that they didn’t become one of those double acts that were bitter and couldn’t get on with each other.

“That’s why they spent lots of time apart, so they didn’t get fed up with each other, why they went to different hotels. So they were only together when they worked and they could still love each other.”

BAFTA presents a special preview of the film at The Lowry tomorrow night, followed by a Q&A with Victoria Wood and Jim Moir.