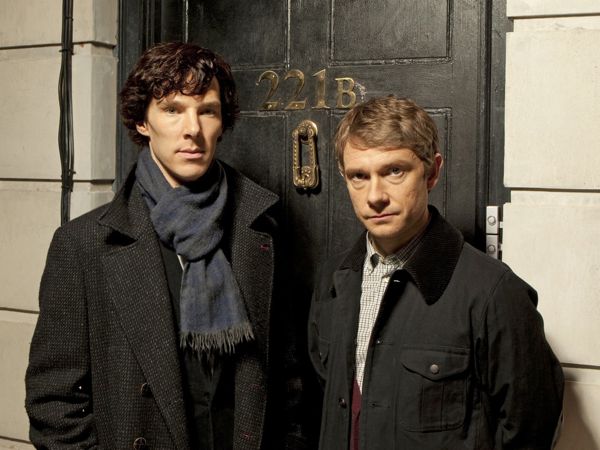 Watson (Martin Freeman) is talking in the back of a black cab to Sherlock Holmes (Benedict Cumberbatch).

But he could also be describing new BBC1 drama series Sherlock.

One of the best small screen debuts I have seen in years.

I regularly drive past Baker Street and, of course, have Gerry Rafferty to hand every time.

But I’ve never been a fan of Sherlock Holmes.

Until I saw this fresh, witty and modern re-invention created by Steven Moffat and Mark Gatiss, produced by Sue Vertue.

Moved out of the Victorian fog and set in present day London.

With, for my money, Cumberbatch and Freeman the best TV male double act since Glenister and Simm in Life On Mars.

It opens with John Watson having flashbacks to his traumatic time as a British Army doctor in Afghanistan.

Before moving on to the first meeting between John and “consulting detective” Sherlock, which is similar to their initial encounter in the original story.

“Holmes is someone who hasn’t been re-invented in the 21st century until now,” explained Benedict on BBC Breakfast today.

“He is fallible. There are red-herrings, there are dead ends. Sometimes he gets it wrong.

“What’s smart about this is there are moments where the audience is let into the thinking of Holmes.”

You can see part of this morning’s BBC1 interview here.

Steven recalled: “Benedict came in and read for us and we thought, ‘Just look at him.’

“He looked right, sounded right and had huge talent. He’s got an extraordinary face, amazing eyes and cheek bones – it all just comes together.”

Mark added: “A modern take on Sherlock requires a modern look and Benedict brings that to the role. He was our first and only choice.” 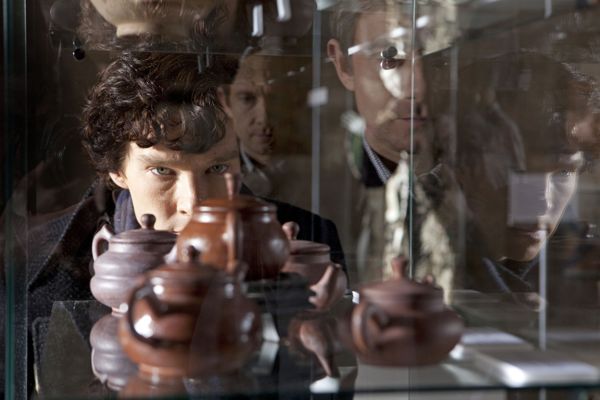 The first three 90-minute films are a mix of material from the original stories and new material.

Dazzling in all departments, including music by David Arnold and Michael Price.

The first film – A Study In Pink – is partly a homage to Arthur Conan Doyle’s first story to feature the fictional detective – A Study In Scarlet – written in 1887.

Mark added: “We love Sherlock and are very confident about what we’ve managed to do with it.

“This is a sort of distillation of how we think it can be done and we hope this modernisation really sets it alight again.”

For now, all you need to know is this:

“The name’s Sherlock Holmes and the address is 221b Baker Street.”

*Sherlock begins on BBC1 at 9pm on Sunday. 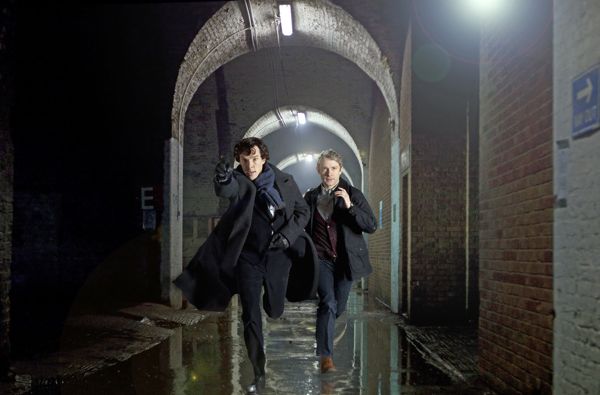 And absolutely nothing to do with this production, but any excuse…