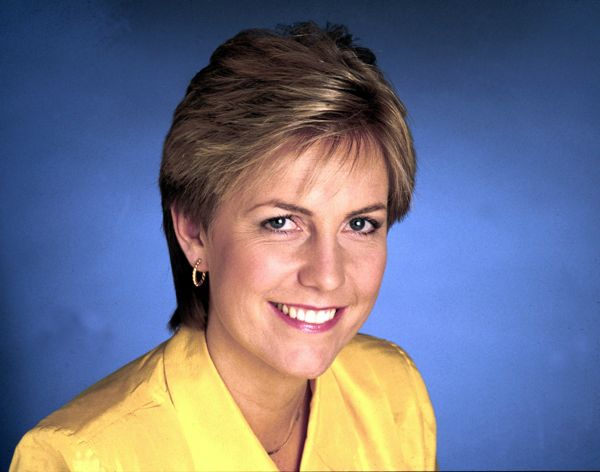 IT was a Monday lunchtime much like this one when the phone rang.

Jill Dando had been attacked outside her house and was feared dead.

I noticed my hand shaking. Exactly seven days earlier, almost to the minute, I’d met Jill and spoken to her for a forthcoming feature.

The tape of what was now one of her very last interviews was sitting on the desk beside that phone, still to be transcribed.

A little while later came the newsflash confirming Jill’s death

I spoke to her colleagues at the BBC. Most were too stunned for tears. They came later.

Writing the page one story for the late edition of the M.E.N, I also contacted New Scotland Yard amid speculation that, incredibly, Jill had been shot in the head.

The front page headline that night read: “Jill Dando Murdered At Home – Crimewatch star is found dying by a neighbour.”

Then came the job of listening to that tape before writing a full tribute to Jill for the next day’s paper – a very different article to the one originally planned.

Hearing her voice, so bright and alive, it seemed unbelievable that she was no longer with us.

The article has never appeared online. But with the BBC preparing a documentary that will investigate new evidence surrounding her murder, and the subsequent conviction of Barry George, it seems an appropriate moment to reproduce it below.

“We’ve All Lost A Friend”

Jill Dando was immaculately chic, always smiling and a testament to how fame need not change someone for the worse. As the hunt for her killer begins in earnest today, M.E.N. television editor IAN WYLIE gives a very personal account of an interview he conducted with Jill only days before her death.

THE outpouring of emotion after the chilling and horrific shooting of Jill Dando is a tribute to the girl next door who touched so many lives. Her brutal murder is truly shocking. How could someone so good be touched by such evil?

Jill was looking absolutely terrific as she relaxed in a room at the British Academy of Film and Television Arts in London’s Piccadilly only a week ago, recalling her 1996 This Is Your Life appearance.

“It was a huge surprise. I hadn’t really felt I’d had much of a life,” she said. “But I was very honoured. The book is in a cupboard but it’s within easy reach to bore various guests who come into my house.”

In this, one of her last interviews, the much loved presenter told me about her forthcoming wedding to fiance Alan Farthing and their hopes for children. Exactly seven days later, almost to the minute, Jill lay dying in a pool of blood.

There are no words to describe the shock today of her BBC colleagues, some of whom were around her at that interview. Their disbelief at what happened yesterday is shared by all those who knew her and by the millions who never met Jill, but felt they knew her all the same.

Jill, 37, was murdered just over two miles from where I am now typing these words. You were supposed to read them on a different page at a different time on a very different subject. A short lunchtime news flash, confirming her death, has changed all that.

Just a few feet from where she kept that cherished big red book, a gunman took her life. The former Holiday presenter, who had travelled tens of thousands of miles around the globe, was gunned down where she should have felt safest – on her own doorstep. 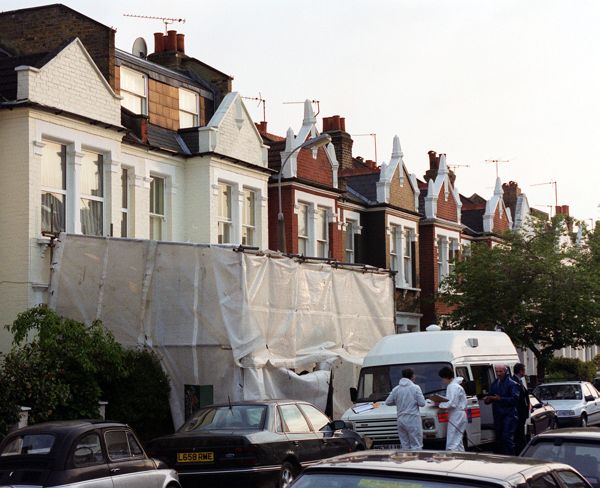 Award-winning Jill was everyone’s idea of the perfect daughter, sister, friend and wife rolled into one. She was due to host the British Academy TV Awards on May 9. Co-host Michael Parkinson, surprised to find himself up for an award, had just promised to smother her in kisses if he won at the glittering televised Grosvenor House Hotel ceremony in Park Lane.

It was a very different Monday morning from the horror to come just one week later. Jill had been locked in a production meeting in the small Run Run Shaw Theatre at Bafta as I waited on the plush landing outside. Ten minutes stretched into many more. But she was worth waiting for.

Early copies of a new edition of the Radio Times, which were just about to go on sale, showed Jill posing in sexy black leather in front of an Aston Martin. She was trying hard. But that image of the Head Girl who grew up to be your older sister was hard to shake off. That was until her meeting ended and the door finally opened.

Jill’s silver-grey trouser suit was, like the rest of her, elegant and stunning. The make-up girls on duty before the nominations announcement earlier that morning had not been needed. “They didn’t have to touch her. She looked immaculate when she arrived,” divulged a BBC aide.

We joked about her engagement party at a west London restaurant we both knew near our homes. Reports of the champagne celebration in January had incorrectly referred to the venue as “The Tier”. The management of The Pier were not pleased. “They were so cross,” she laughed.

Laughter came easily to Jill. There were plenty of future TV projects to talk about, but this was a woman looking forward to a new phase of her life with marriage to consultant gynaecologist Alan.

The one thing she felt was missing in that life would be fulfilled with their wedding in London this September. To be killed on the verge of such elusive happiness, having already survived a childhood hole-in-the-heart condition, lends the tragedy even more poignancy.

Jill was, like any bride-to-be, excited about her big day. “It’s, hopefully, the only time I shall do this and I want to share it with all my friends and family and make a real day of it, a real celebration,” she said.

Although a little coy, she made no secret of her desire for a family “It’s something that I think every married couple will consider. And now I’m getting to the married stage, then, yeah, that’s something that we’d like.”

Had she considered a beach wedding? She had once famously conducted a similar ceremony on a BBC Holiday programme assignment. “No, I have seen too many of them when I have been filming and it’s not something that appeals to me, I have to admit.”

So if it wasn’t to be a beach, was her September wedding likely to upstage the showbiz glitz of Posh and Becks? She grinned. “The real wedding of the year! No, they are getting all theirs out of the way before then.”

As for the honeymoon, would it be abroad? “Probably, but it’s not even decided yet. Alan wants to take me somewhere I have never been before, which is proving a bit difficult.” 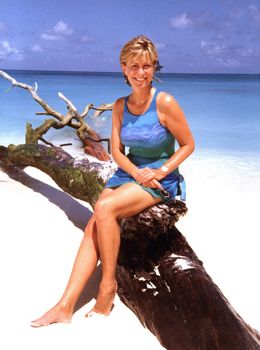 It was very easy to like Jill Dando. As we spoke, I remember thinking what a lucky man Alan was. Fate has some cruel hands to deal. This is one no one should have to face.

I asked her about the power of television for good, never thinking for a moment about its indirect power for bad.

Most recently she had been the face of BBC TV’s Kosovo Appeal. It raised £6.4m in two days. Ever generous, Jill was careful in her answer to credit everyone else involved. But, yes, it had been a very humbling experience. “That was a very difficult thing to do because there’s a lot of personal emotion as well.”

With her own happy day imminent, she was working on three Royal Wedding documentaries in the run-up to Prince Edward’s nuptials in June. Having once been compared to Princess Diana, how did she feel about stories pointing out her similarity to Sophie Jones? More laughter. “I find it all quite funny really. I’m very flattered.”

Today the shock, grief and floral tributes provide a link back to Diana no-one could ever have anticipated.

Jill didn’t expect to be invited to Sophie’s Windsor wedding. She would probably be reporting on the other side of the camera, just as she planned to be for this summer’s total eclipse, the day after presenting Crimewatch and then rushing back to host a Prom at the Albert Hall. That was her idea of winding down towards marriage.

She’d been named as a main contender to host the BBC’s historic millennium coverage but told me nothing had yet been agreed. Jill had long ago booked two tickets to see the dawn of 2000 in Australia, her favourite destination. “It’s something that we promised ourselves about 18 months ago, but that may have to go by the by.”

There will, of course, now be no millennium dawn for Jill and no wedding for a totally devastated Alan. The newsroom at Television Centre where she worked for many years is full of bewilderment, tears and quiet anger. BBC Director General Sir John Birt described her as someone you were always pleased to see. A shocked neighbour said simply: “She was a classy lady.”

As we parted, she joked, again, about her honeymoon and about holding a christening back at “The Tier” with a tier of her wedding cake.

The woman who proved there was nothing wrong in being nice could have been an old friend.

And, to millions, that’s exactly what she was.