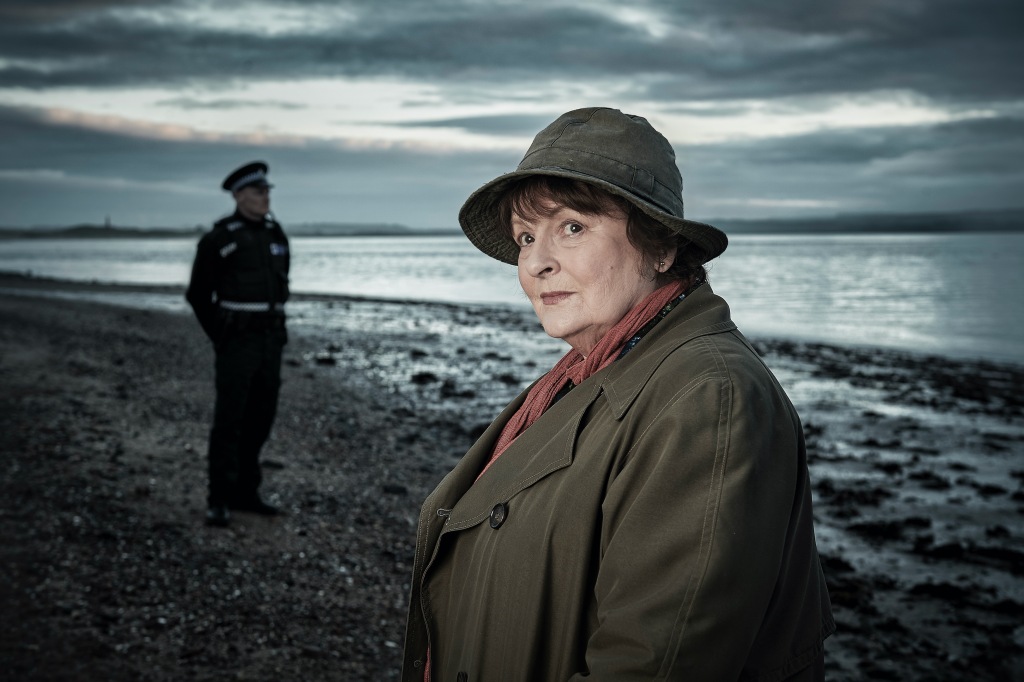 “EVERY time we finish a series I say I’m not going to be doing any more. But then I change my mind….

Brenda Blethyn talking to me just before Christmas about her future in the role of DCI Vera Stanhope in long running ITV1 series Vera.

Regular readers will know that I have been interviewing Brenda for almost 30 years since the mid-1990s when she played Miriam Dervish in Outside Edge.

And that she is both a true professional and a joy to talk to.

This latest encounter with Brenda for ITV was no different ahead of six new feature length Vera films.

Always keen to stress the massive daily (and nightly) team effort that brings Vera to the screen.

Along with one of the hardest working and friendliest crews in the business, not forgetting the security team, drivers, caterers and others essential to a major production like this.

Vera returns to ITV1 at 8pm this Sunday (Jan 15) with the first of two episodes from series 11, filmed in 2021, which have yet to be screened in the UK.

Vital Signs is mainly set in the fictional ‘Cormouth’ with scenes shot in Corbridge, Hexham and elsewhere. (Viewers in the UK can now watch this film via ITVX)

Followed by The Way The Wind Blows which begins with a body washed up on the shore at Tynemouth. That’s on ITV1 at 8pm on Sunday Jan 22.

Four series 12 episodes filmed between March and October 2022 are then due to be broadcast (although confirmed TV scheduling is always a week by week process): Against The Tide, For The Grace Of God, Blue and The Darkest Evening.

The latter is an adaptation of Ann’s ninth Vera novel published in September 2020 and marks the 50th episode of Vera on screen. Set during a violent winter storm rather than the Christmas snow in the book.

Brenda then returned to the North East in November 2022 for the best part of two months’ filming for The Rising Tide, a story mainly set in the familiar Vera locations of Holy Island plus the small town of Kimmerston. The latter taking its name from a tiny hamlet north of Wooler in Northumberland.

That seventh new film is not expected to be screened until much later this year, possibly at Christmas…as that is when the TV version was set.

Those familiar with Holy Island / Lindisfarne will know that the filming location used for the exterior of Vera’s home is on the island with the interior a studio set at the production’s base by the Tyne in Wallsend, Newcastle.

Although Holy Island is never referenced by name in the TV scripts in relation to Vera’s home, which in the books is on the mainland in north Northumberland.

Brenda told me: “I have to pinch myself every time we drive across that causeway to Holy Island. It is so lovely.

“But having filmed scenes for Vera on Holy Island over the years, working on The Rising Tide was the first time I’ve actually been into the village there and the little harbour and jetty itself. Because I’m always up to my eyeballs in work at the location on the island we use for the exterior of Vera’s house.

“I also went out on a boat from Holy Island this time. It was great but absolutely freezing cold on the boat. Among the locations we filmed at was The Ship pub which is The Seahorse in the story. The people there were very hospitable.”

You can read my full interview with Brenda at the link below:

Click / tap on any individual image to open up the below gallery in full: