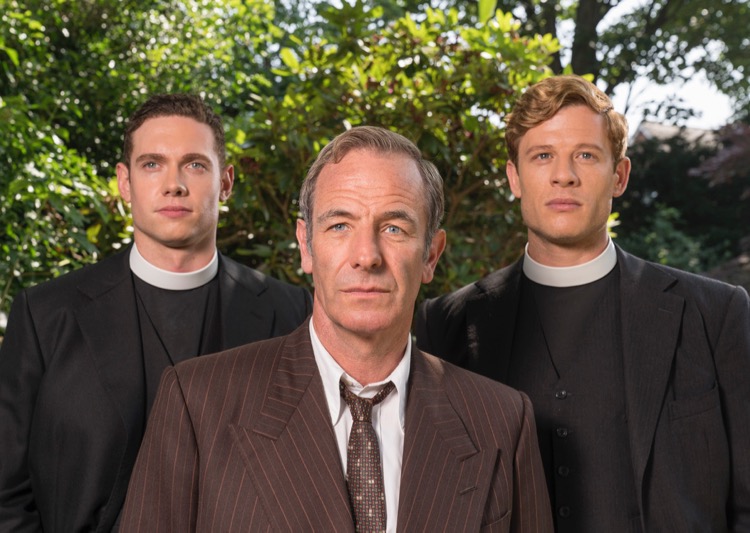 “I shed many tears. I genuinely did.

James Norton talking to me about his departure from the role of Sidney Chambers during the new 2019 series of Grantchester.

Which begins on ITV at 9pm on Friday January 11.

This fourth series set in 1956 sees the introduction of new vicar Will Davenport played by Tom Brittney.

With Robson Green as Geordie Keating facing a changing world.

You can read my interviews with James, Robson, Tom and the rest of the cast at the link below.