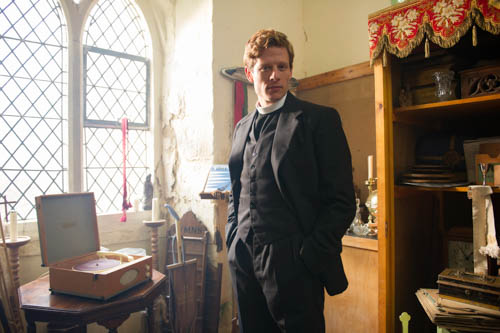 “IT’S very important that Sidney has seen death. That he knows death.

“I remember my father said to me once:

‘I don’t suppose you’ve buried many of your friends?’

“Which is a very shocking sentence.”

Grantchester is a new six-part series starting on ITV at 9pm on Monday (October 6).

At first glance Grantchester may appear to be a comfy chocolate box drama.

Featuring a 1950s’ vicar on a bike pedalling past lots of lovely backdrops.

And there are certainly elements of that.

But keep watching and Grantchester may surprise with the darkness of both Sidney’s past…and his present.

Together with some complex moral issues in among the crimes of passion.

Screenwriter Daisy Coulam has done a fabulous job with the scripts.

Based on James Runcie’s first novel in The Grantchester Mysteries’ series: The Shadow of Death.

With a sparkling cast drawing us into a totally believable world.

I could go on.

But perhaps best you read my interviews for ITV in the Grantchester press pack, which posh people call production notes.

I had the pleasure of talking to Morven Christie (Amanda Kendall), Tessa Peake-Jones (Mrs Maguire) and Al Weaver (Leonard Finch) on location during filming in Grantchester.

Watching James Norton at work in the Cambridgeshire village before chatting to him at length later in London.

Where I also caught up with Robson Green (Geordie Keating) and James Runcie.

Click on the link below to read the interviews:

And feel free to scroll down this page to see more photos of the cast, taken by Patrick Redmond.

Not to mention playing with all the videos.

You might think I am biased, having written the interviews for ITV.

But I really do think there is something rather special about Grantchester.

The interviews in the PDF link above are well worth a read as all involved had some fascinating things to say.

Including James Runcie on James Norton’s change of roles from Happy Valley to Grantchester:

“From psychopath to vicar is probably better than vicar to psychopath.” 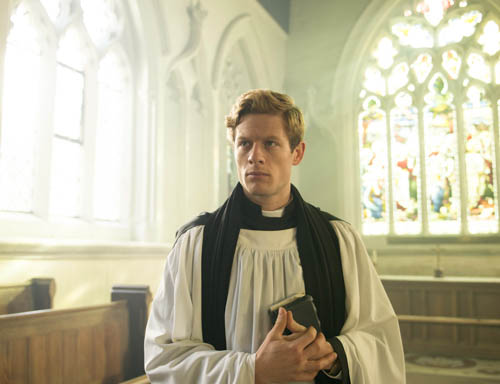 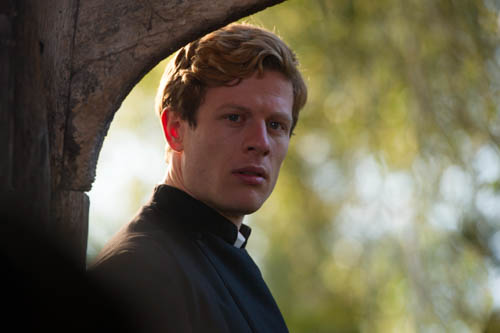 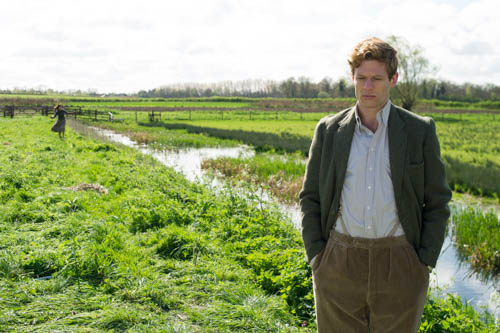