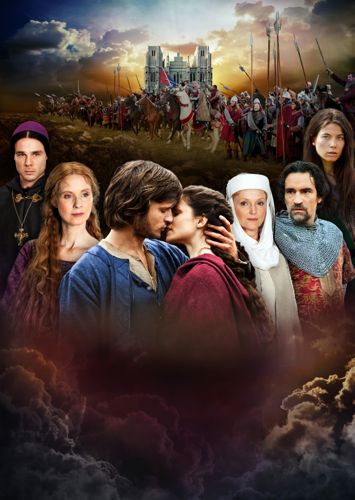 All is well. But not for long.

The sequel to The Pillars of the Earth.

Already broadcast in America, I attended a London preview screening for the opening feature-length episode in early December.

I also took the chance to catch up with Peter after the press conference.

Where he happily confirmed – for all you Spooks fans out there – that he is still in touch with Nicola Walker.

In truth, I’m not a huge fan of these sort of historical dramas.

But I know many are.

Some of the script lines really jarred.

Such as a priest telling a bridegroom: “You may kiss the bride.”

Really? At a 14th century wedding?

There’s also quite a lot of what feels like script dumbing down to cater for a wide international audience.

And bloody medieval arm amputations are just not my idea of a good Saturday night.

Otherwise I’d be seeking out the classic 1293 first series of Ye Olde Casualty.

Having said that, no-one can deny that this is spectacular escapist entertainment which will be appreciated by millions.

Drawing them into an involving story that you have to stick with right to the end.

Ken Follett goes to extraordinary lengths to ensure his novels are historically accurate.

Including paying expert researchers to check his work before it goes into print.

World Without End is actually about the Black Death.

Even though it doesn’t feature in the first episode.

And the sight of Mr Firth playing Sir Roland, a ruthless nasty piece of work.

Although his full story may be a little more complex once we really get to know him.

“There are few redeeming features that are evident on screen,” explained Peter, with a dash of his usual dry wit.

“But I assure you there are many hidden away.

“This is a man who is aspirational and misunderstood. Those two things put together are a receipe for disaster.

“We’re surrounded by examples of that in modern life. So I didn’t have to look far for inspiration. But I couldn’t possibly say who…

“Playing people without redeeming features is actually a lot of fun because it’s a relatively straightforward task.”

We also get to see Peter ride a horse, something he learned to do rather expertly earlier in his career for an Oscar nominated role.

“I did the film of Equus and I learned to ride for that.

“It’s always a bit of a struggle getting back on if you haven’t been on for a while.”

A contrast to playing Harry in Spooks?

One scene sees Peter and his horse plunge into a river when a bridge collapses.

“They planted scuba equipment on the river bed because I had to emerge out of the water.

“But invariably they’d take ages to get going so I’d be down there sucking on air, waiting for this pull up which was my cue.

“So my scuba skills came in useful there. But no visibility, of course. Thick mud.”

“It was ridiculous. It was 49 degrees and we had four layers on and chain mail.

“It was completely debilitating.”

Peter is also due to be seen in BBC1 thriller Mayday.

“It’s a mystery to me. I don’t know why I’m cast. But I quite enjoyed both. And it’s good to do different things and not just do the one performance.

“I’ve got at least two in there,” he smiled.

Was Peter recognised while based in Budapest?

“Wherever I’ve been I get, ‘Seneor Pearce’ shouted across the street.

I also wrote this for the Sunday Express last month: 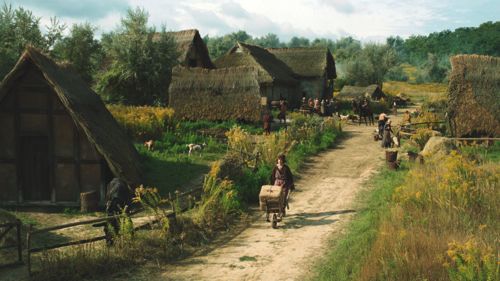