“I was very nervous.

“You hope we can serve it as well second time round.

“But actually three or four days in it felt really good to be back playing her.”

Nicola Walker talking to me about returning to the role of DCI Cassie Stuart in the second series of Unforgotten.

Teaming up again with Sanjeev Bhaskar, as DI Sunil ‘Sunny’ Khan, for a new six-part story starting on ITV at 9pm this Thursday (Jan 5).

The acclaimed first series was followed by a BAFTA Best Supporting Actor Award for Tom Courtenay’s portrayal of Eric Slater.

The 2017 series, again written by Chris Lang and directed by Andy Wilson, includes a new cast of ‘suspects’.

With some unexpected twists along the way sure to provoke debate among viewers.

Beautifully acted by all involved – not least Nicola and Sanjeev.

END_OF_DOCUMENT_TOKEN_TO_BE_REPLACED 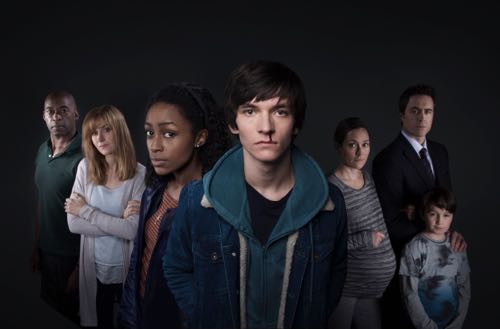 “IT was one of the most unique television scripts I’d read.”

Katherine Kelly talking to me about HIM, a three-part drama starting on ITV at 9pm this Wednesday (Oct 19).

The script in question was written by award-winning Paula Milne.

A “domestic horror” starring Fionn Whitehead as HIM, the teenager with no name.

Trying to find his way in life while fighting demons within.

As you would expect from Paula, it’s a really intelligent story about, among other things, all of our sons.

With some striking scenes, including one that required the closure of the A40 west of London.

END_OF_DOCUMENT_TOKEN_TO_BE_REPLACED

“HOW do you live when you have done something in your past that you have to completely bury?

“How do you present this alternative face and personality that you then believe is real? You re-write your history.

“When something awful has happened, how do you live?”

Nicola Walker talking to me about new six-part puzzle Unforgotten.

It starts on ITV at 9pm this Thursday (October 8) and is one of the best dramas I have seen in 2015.

The first production from Mainstreet Pictures, the independent drama company set up by Sally Haynes and Laura Mackie.

Investigating the murder of a young man dating back almost 40 years to 1976.

END_OF_DOCUMENT_TOKEN_TO_BE_REPLACED

REGULAR readers of The Life of Wylie blog over on the MEN Movable Type platform may have been wondering where I’ve been for the last fortnight.

There’s a full explanation here and you can check out today’s first small step as a freelance over at The Guardian’s TV&Radio Blog here.

For those who want to know more about Murderland, check out the below.