“IT’S going to be hard to walk through that door for the last time.

Veteran actress Barbara Knox is not the only one to shed a tear in Coronation Street: A Moving Story.

END_OF_DOCUMENT_TOKEN_TO_BE_REPLACED 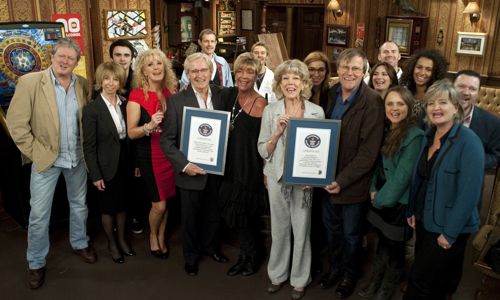 A historic day on the Coronation Street cobbles.

The press launch yesterday marking the countdown to the 50th anniversary on December 9, complete with a very special Street Party.

I was among 235 guests who gathered in Studio 12 at ITV Granada in Manchester for the event.

(Lots of audio / video further down this blog)

Before a party out on the cobbles and tours of the studio sets.