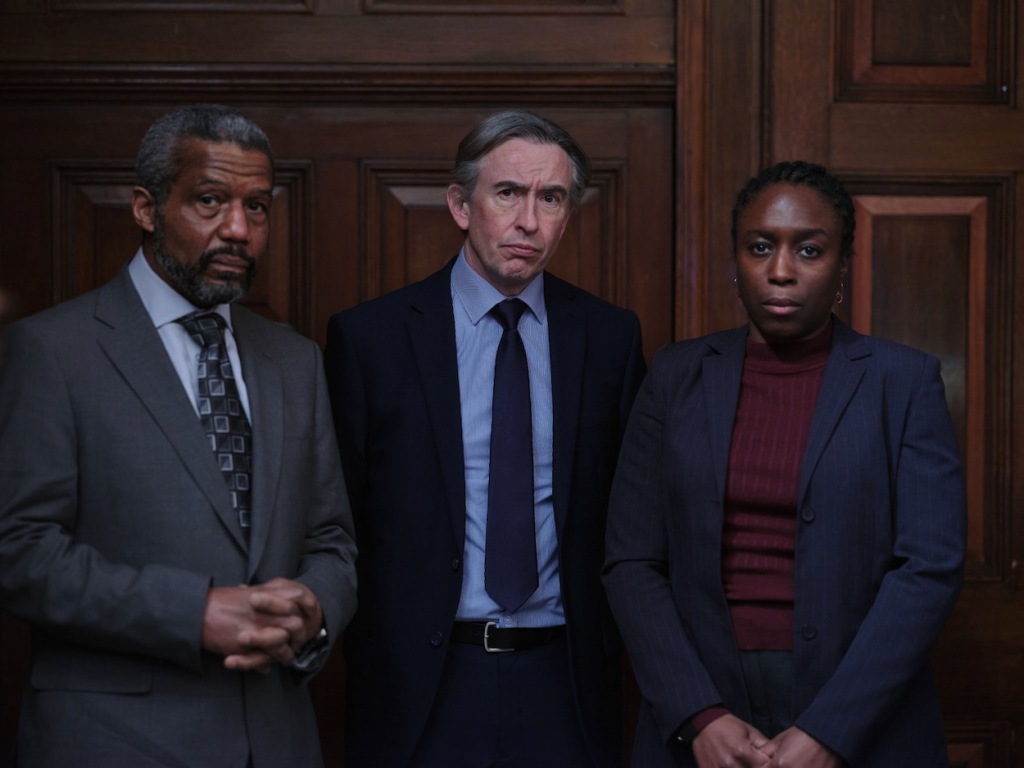 “YOU can’t not do it. When someone offers you something like this, you have to do it. It’s both a privilege and a responsibility.

“It was an honour to play and celebrate common decency and I couldn’t say no. It’s a privilege to have been a part of telling that story. It was something I took very seriously.”

Steve Coogan talking to me about playing DCI Clive Driscoll in Stephen, a three part factual drama which begins on ITV at 9pm this Monday.

A superb not to be missed production written by Frank Cottrell Boyce and Joe Cottrell Boyce which acts as a sequel to the 1999 BAFTA award winning film The Murder of Stephen Lawrence.

With Sharlene Whyte as Doreen Lawrence and Hugh Quarshie as Neville Lawrence.

I was working in Fleet Street at the time of Stephen’s murder in April 1993 and have followed the progress of this case ever since.

So it was also a privilege for me to spend some considerable time this year working on Stephen interviews for ITV.

Directed by Alrick Riley, Stephen begins in 2006 and tells the story of how Clive Driscoll and his team spent six years finally securing two convictions. Although others also responsible for the murder still walk free.

Doreen, now Baroness, Lawrence told me the pain of her son’s loss 28 years ago has not diminished.

“It does still get very upsetting, how he was taken. If he had been ill or been involved in an accident that could not have been avoided…but when somebody deliberately goes out to take a life and then walks away as if it’s nothing. That’s always very hard to get over.”

You can read my interviews for ITV with Doreen Lawrence, Neville Lawrence, Sharlene Whyte, Hugh Quarshie, Steve Coogan, Clive Driscoll, executive producer Mark Redhead and producer Madonna Baptiste at the below link. Click / tap on the link itself:

If you are in the UK, The Murder of Stephen Lawrence, first broadcast in 1999, is also currently available to view on the ITV Hub.

While I highly recommend Clive Driscoll’s book which tells the fascinating story of his entire career. See the image at the bottom of this page.